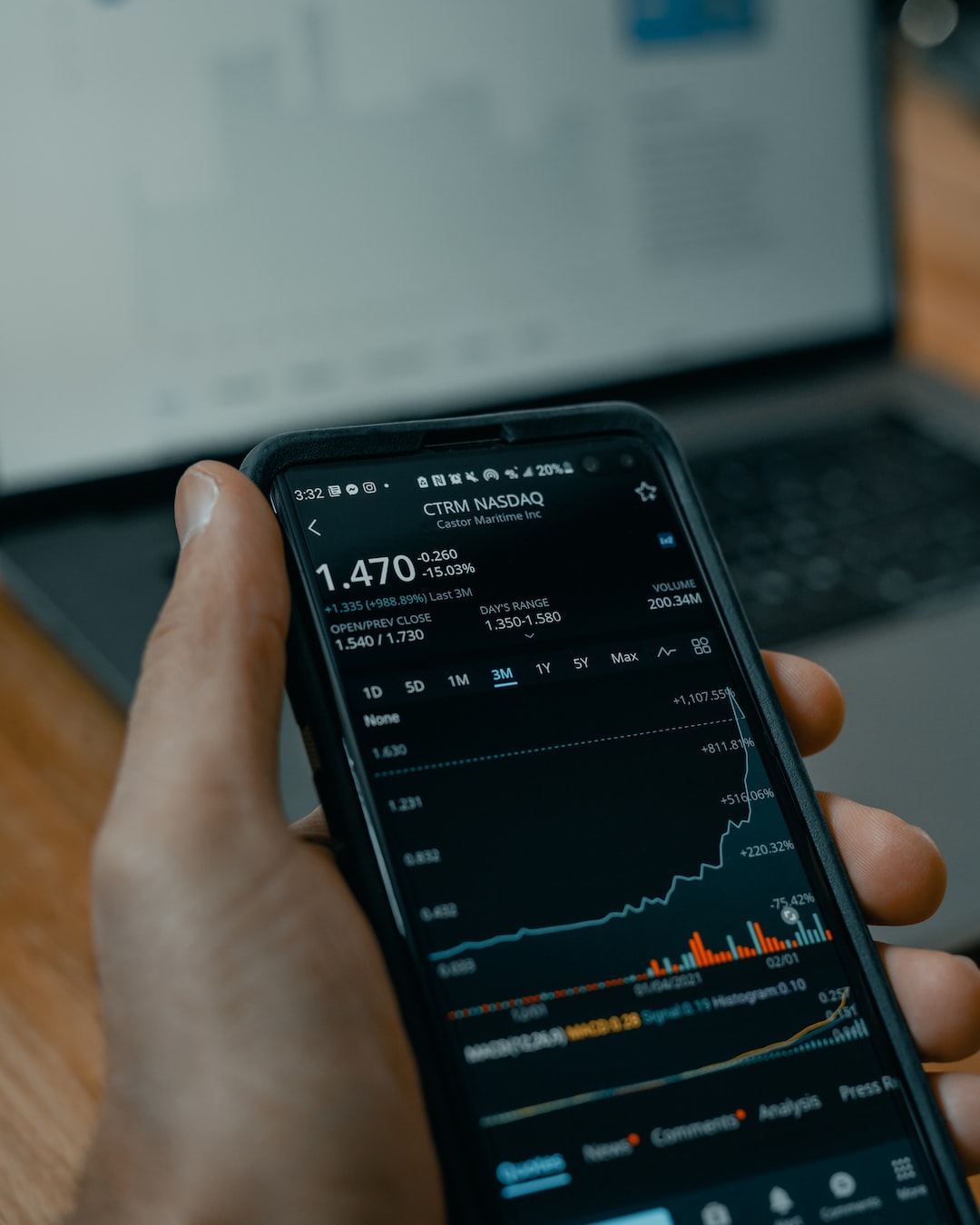 Short-squeeze stocks offer tremendous upside potential for people who laugh in the face of danger. Fundamentally, the concept involves betting against the pessimistic crowd with the aim of sparking a reactionary panic. Since securities feature no upside limit, short traders risk unlimited liability if they don’t cover their positions. However, the very act of covering involves acquiring shares, which is net bullish for the underlying stock.

Too many times, rookie traders focus simply on the short percentage of float. However, the best short-squeeze stocks to buy represent a multidimensional framework. Traders should also target the short interest ratio (days to cover) metric. That way, when panicked bears attempt to cover, they can neither run nor jump. But even then, this circumstance is only two-dimensional.

To add the third dimension to short-squeeze stocks to buy, I’m going to drill into the financials for each candidate. In this manner, you can spend your time assessing higher-probability short squeezes. After all, what’s the point of being contrarian on a garbage stock? More than likely, it will continue stumbling.

Below are the carefully crafted three-dimensional short-squeeze stocks to buy: they have a high short float, high short interest ratio, and specific solid financial metrics that make the targeted companies treacherous for bears.

An innovation-oriented biopharmaceutical company, Janux Therapeutics (NASDAQ:JANX) focuses on novel cancer-fighting therapeutics. Since the start of this year, JANX stock has slipped 35%. On a nearer-term basis, though, JANX gained 6% on the Oct. 10 session. Moreover, this session saw the major equity indices tumble, perhaps a sign that it’s one of the short-squeeze stocks to buy.

At the time of writing, Janux ranks number 64 (out of 250) in Fintel’s Short Squeeze Leaderboard. Presently, JANX features a short float of 24% and a short interest ratio of just under 70. The latter is a staggeringly high figure, making it ripe for contrarian gamblers.

To be fair, Janux could use some work in other areas of its business. However, with financial resources on tap, being too pessimistic about JANX could be a recipe for disaster for the bears.

A member of the piping industry, Omega Flex (NASDAQ:OFLX) is a manufacturer of corrugated flexible stainless steel tubing used for natural gas and propane installations in residential and commercial applications. Since the start of the year, OFLX slipped nearly 26%. However, on October 10, shares gained 1.3%, reflecting a possible candidate for buying short-squeeze stocks.

Presently, Omega Flex ranks number 80 in Fintel’s Short Squeeze Leaderboard. The security features a short float of 15.5 and nearly 56 days to cover. Typically, hitting double digits on each metric represents a higher-than-average magnitude of bearishness. However, pessimists must be super careful in how they approach OFLX.

Per Gurufucus.com, OFLX represents a significantly undervalued business. What’s more, the company features an astonishing level of financial resilience across the board. Perhaps most importantly, Omega Flex features a cash-to-debt ratio of 8.8 times, better than 76% of the industrial products industry.

As well, the company kills it on the income statement. Revenue trends ping better than average for the industry. Profitability is particularly strong – nearly class-leading. OFLX wouldn’t be my choice for a shorting candidate. However, it is a compelling idea when buying short-squeeze stocks.

Based in Sweden, Olink Holding (NASDAQ:OLK) engages in biotechnological products and services marketing and sales. The company is on the cutting edge of biotech research, involved in distinct platforms like protein biomarkers.

Nevertheless, Olink ranks as number 138 on Fintel’s Short Squeeze Leaderboard. Currently, the stock features a short float of 12.3 and over 54 days to cover. On a year-to-date basis, OLK slipped 28%. Also, on the Oct. 10 session, it dropped over 2%. Therefore, on paper, it doesn’t seem like a viable candidate for short-squeeze stocks to buy.

To be fair, Olink could use much more work regarding its income statement. At the same time, it’s an aspirational biotech, so this framework isn’t surprising. What speculative investors should pay attention to is its balance sheet. Primarily, Olink features a cash-to-debt ratio of 11.2 times. This ranks better than nearly 75% of the medical diagnostics and research industry.

Therefore, OLK doesn’t seem a wise bet to go short on. But it does make for an intriguing name among short-squeeze stocks to buy.

Despite the innovative profile, VIGL stock has slipped 26% since the beginning of this year. Therefore, it’s not surprising that the underlying firm attracted the bears. Currently, VIGL ranks number 162 on Fintel’s Short Squeeze Leaderboard. It features a short float of 4.6 (which is on the lighter side) but over 48 days to cover.

However, do note that VIGL shot up 7% on the Oct. 10 session, presenting an enticing case for short-squeeze stocks to buy. As with Olink above, Vigil, as an aspirational firm, doesn’t enjoy a robust income statement. What it does have, though, is a strong balance sheet. This bad boy features a cash-to-debt ratio of 271 times, ranked better than 80% of biotech firms.

Overall, the cash position makes VIGL arguably an unfavorable short bet. But it might please speculators of short-squeeze stocks to buy.

Headquartered in South Jordan, Utah, Cricut (NASDAQ:CRCT) makes smart cutting machines that work with an easy-to-use app to help you design and personalize almost anything. This includes custom cards, unique apparel, everyday items, and whatever your imagination can conjure up.

Of course, with the gradual deterioration of the consumer economy this year, it’s understandable why the bears targeted CRCT. Since the beginning of 2022, shares have plunged almost 57%. To no one’s shock, CRCT ranks 85 on Fintel’s Short Squeeze Leaderboard. Presently, it features a short ratio of 14.2 and nearly 31 days to cover.

Nevertheless, CRCT popped up 3% on the Oct. 10 session, softly implying that it could be one of the short-squeeze stocks to buy. Moreover, shares gained over 12% during the trailing month, reflecting brewing contrarian interest.

And that’s for a good reason. Financially, Cricut features resilience in its balance sheet, with a cash-to-debt ratio of 10.5. For the underlying hardware industry, the median ratio sits at 1.3. In addition, Cricut offers stakeholders a tremendous revenue trajectory. Its three-year revenue growth rate is 57%, better than 98% of the competition.

Based in Boca Raton, Florida, Red Violet (NASDAQ:RDVT) represents a data analytics firm. Per its website, Red Violet claims to “harness the power of data fusion, uncovering the relevance of disparate data points and converting them into comprehensive and insightful views of people, businesses, assets and their interrelationships.”

So far, though, Red Violet has only been harnessing red ink in the market this year. Since the January opener, RDVT sank nearly 56%. Naturally, the blood in the water attracted the bears. Currently, RDVT features a short float of 9.8 and 39 days to cover.

However, it might not be the smartest choice among bears to target for “negative” profits. For one thing, Gurufocus.com labels Red Violet’s business as significantly undervalued. More importantly, under the context of short-squeeze stocks to buy, the company enjoys a stout balance sheet. For instance, its equity-to-asset ratio stands at 0.94, ranking better than 97% of the competition.

Just for good measure, Red Violet also features a three-year revenue growth rate of 27.4%. This compares very favorably to the industry median of 7.1%. Therefore, RDVT seems like one of the short-squeeze stocks to buy.

Headquartered in Terrebonne, Canada, Loop Industries (NASDAQ:LOOP) specializes in sustainability initiatives. Per its website, the company uses proprietary technology to convert waste PET plastic and polyester fiber – which cannot be recycled via conventional means – into high-value materials. It’s an exciting concept, but it hasn’t caught on with bullish investors yet.

Since the beginning of this year, LOOP has hemorrhaged nearly 72% of its market value. Thus, it’s no wonder that the bleeding attracted the bears. Presently, LOOP ranks number 218 on Fintel’s Short Squeeze Leaderboard. It has a short float of 11% and 31 days to cover. Conspicuously, though, LOOP gained over 2% on the Oct. 10 session, perhaps signaling its inclusion among short-squeeze stocks to buy.

To be sure, Loop Industries doesn’t enjoy the strongest of income statements. Actually, it’s terrible, which adds to the bearish case. However, the company commands surprising resilience on the balance sheet. For instance, its cash-to-debt ratio is 9.4, ranked better than 80% of the chemicals industry.

While LOOP could go either way, attacking a cash-rich enterprise may not be a great idea. Therefore, it’s the caboose for this list of short-squeeze stocks to buy.

Pros & Cons of a 40+ Day Iron Condor with Options Trading
3 Penny Stocks You Can Count On in This Uncertain Market
3 Must-Own Energy Stocks Before Winter Arrives
Our 7 Top Stock Picks for December 2022
After a Red-Hot Black Friday, Retail Stocks Will See a “Santa Rally”