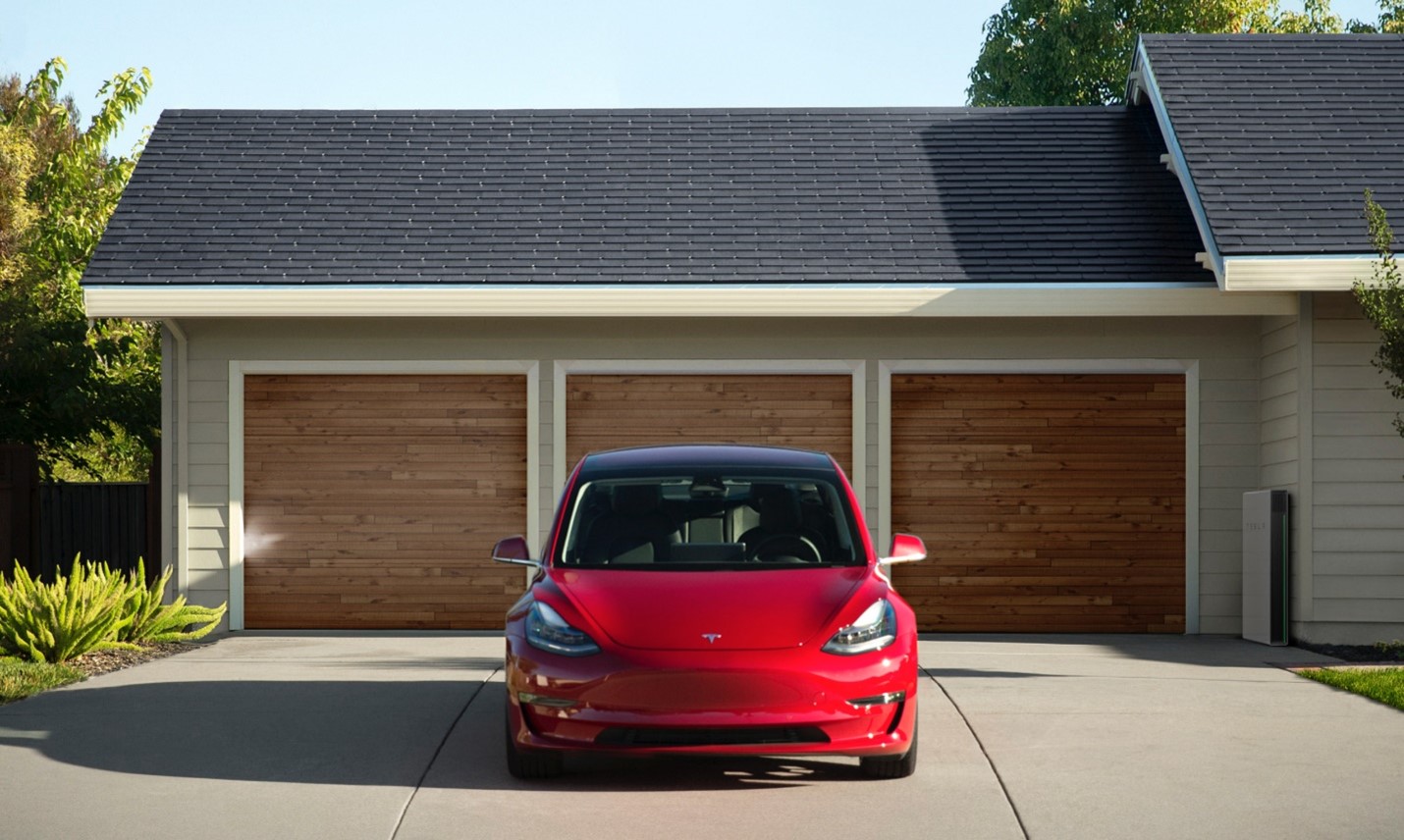 Because, as the bulls like to say, Tesla isn’t a car company. It’s an energy company.

“The reality is that Tesla is a distributed energy business. They are figuring out how to harness energy, how to store it, and then how to use in a way to allow humans to be productive. Cars are a manifestation. But solar panels are as well. Power walls are as well… the big disruption that’s coming is to power utilities. There are trillions of dollars of bonds, of capex, of value sitting inside the energy generation infrastructure of the world that is going to go upside down.”

Just look at what Tesla recently announced: The construction of a next-gen, futuristic neighborhood built entirely on renewable energy in Austin, Texas.

The neighborhood is completely independent from the grid, as each home is its own energy generation and storage hub, with Tesla V3 solar roof tiles and a Powerwall 2 battery storage pack.

Because in this future, homes have zero emissions, since everything is powered by clean energy…

And blackouts never happen, because no one is reliant on the grid, and everyone has back-up power stored in their own on-site battery.

Today, this utopia exists in one small neighborhood in Texas. By 2040, it will exist everywhere.

Experts like to call this seismic shift in residential living the “Distributed Energy Revolution,” since at its core, this shift is about cutting individual household dependence on the energy grid and turning each home into its own self-sustaining energy generation and storage hub.

As you may have guessed, this shift is not small. It will impact every household in the world. It will change every energy system in the world. And it will ultimately upend the $2.4 TRILLION global electric power industry.

This is all going to happen over the next two decades, because renewable energy tech is getting better and cheaper, while the legacy electric grid is getting more stressed and more expensive.

We are presently at the “tipping point” wherein the $2.4 trillion Distributed Energy Revolution will go mainstream.

And over the next two decades, it will make economic and societal sense for every neighborhood in every country to make the same pivot.

Folks… the Distributed Energy Revolution has begun… the time to invest is now.

And there are a few ways you can play this revolution.

You could buy solar stocks, since solar panels will become ubiquitous across homes and offices.

You could also buy EV stocks, since EVs will similarly takeover roads everywhere by 2040.

After all, Distributed Energy Systems will not work unless underpinned by an effective energy storage system, since the sun doesn’t shine every day. Better yet, most homes and offices have yet to adopt energy storage systems – meaning this industry has huge growth potential.

Indeed, the global energy storage market is expected to increase 25X by 2030 and will represent a $1.2 trillion opportunity by 2050.

That’s why I’m hyper-bullish on energy storage stocks today – they represent the next generation of Wall Street “super winners.”

And in that group, one stock stands out as the cream-of-the-crop.

No. It’s not Tesla. It’s a company that is beating Tesla in the energy storage game – and which, thanks to its industry-leading technology, will turn into this industry’s 400-pound-gorilla at scale.

Better yet, the company is super small today – and its stock is flying completely under the radar.

That’s why I’m being dead serious when I say that this stock could soar as much as 50X over the next decade.

And on Wednesday, Aug. 18 at 7 p.m. ET, I’ll tell you all you need to know about how to gain access to the name, ticker symbol, and key business details of this potentially life-changing investment opportunity at my 1 to 30 Wealth Summit.

It’s absolutely free to attend. All you have to do is click here to register your spot.

But it won’t be the only stock I unveil at the 1 to 30 Wealth Summit. Instead, it’ll one of seven hypergrowth technology stocks which I feel represent the next-generation of tech stock “super-winners” – and each of which I feel has at least 30X upside potential.

This is the event of a lifetime that could, well, change your life forever.

I look forward to seeing you there.

P.S. The AI Revolution is coming – and it’s going to be among the biggest technological disruptions you’ve ever seen in your lifetime.

In tomorrow’s issue, I’ll discuss why the AI space is set to become so dominant and will tease one AI stock that’s a cut above the rest of the industry.

In the meantime, don’t miss out on the chance to reserve your seat for my 1 to 30 Wealth Summit – it’s free!

By uncovering early investments in hypergrowth industries, Luke Lango puts you on the ground-floor of world-changing megatrends. It’s the theme of his premiere technology-focused service, Innovation Investor. To see Luke’s entire lineup of innovative cutting-edge stocks, become a subscriber of Innovation Investor today.