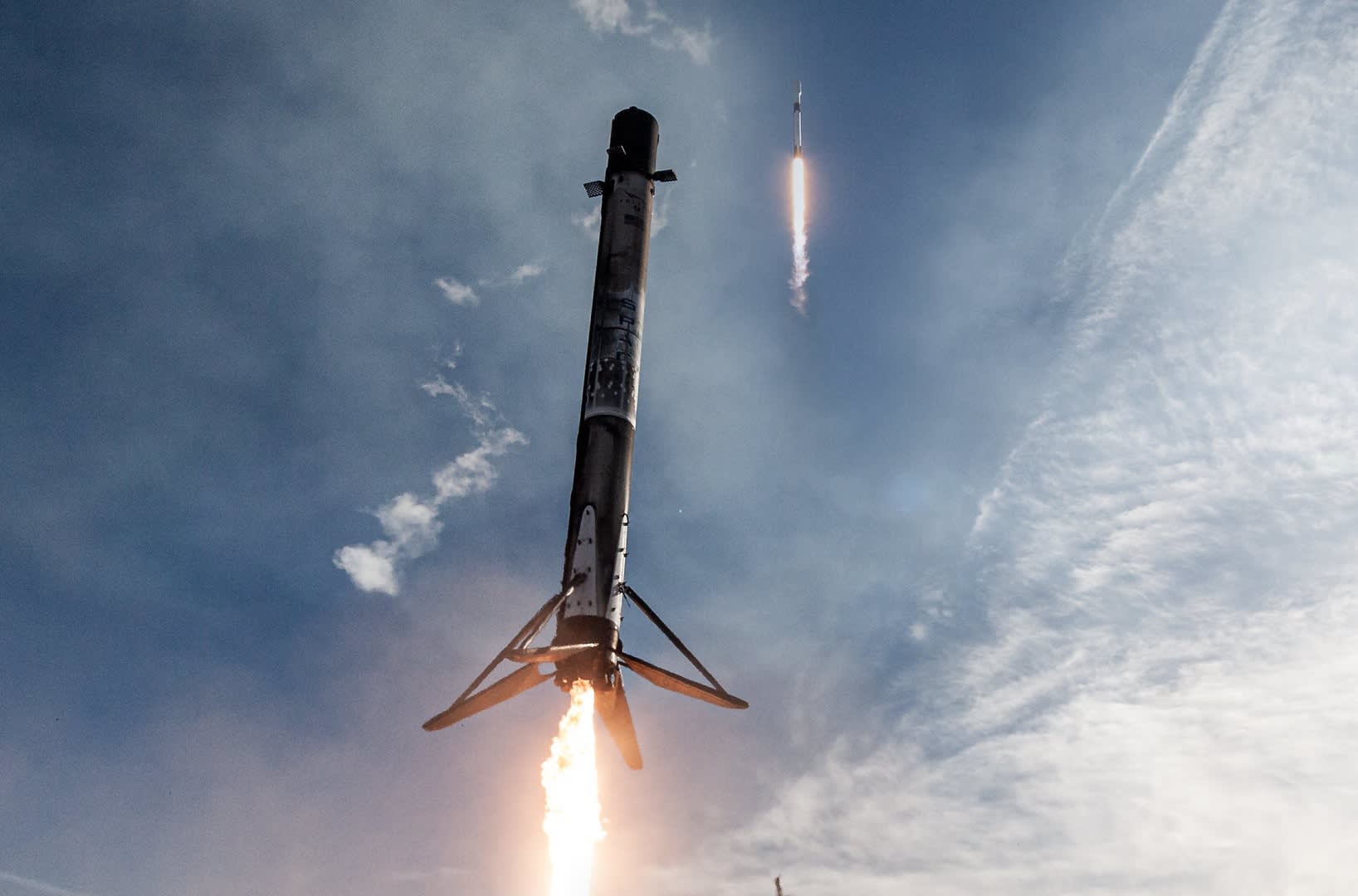 Investing News
A composite image showing a Falcon 9 rocket booster lifting off and a few minutes later landing back near the launchpad.
SpaceX

The next SpaceX launch will feature a milestone, as the Pentagon is allowing Elon Musk’s company to send a national security satellite to orbit with a reused rocket for the first time.

SpaceX is set to launch the GPS III SV05 satellite for the Space Force on Thursday from Florida, using the Falcon 9 rocket booster that launched the GPS III SV04 satellite last November. The company’s Falcon 9 rockets are partially reusable, as SpaceX regularly lands the boosters – the largest and most expensive part of the rocket – and then launches again.

“In preparation for this first time event we’ve worked closely with SpaceX to understand the refurbishment processes and are confident that this rocket is ready for its next flight,” Dr. Walter Lauderdale, deputy mission director of the U.S. Space Force’s Space and Missiles Systems Center, told reporters during a briefing on Monday.

The Pentagon awarded SpaceX with five of the six GPS III satellite launch contracts to date, with the GPS III SV02 mission the only one launched by competitor United Launch Alliance – the rocket-building joint venture of Boeing and Lockheed Martin. Those five launch contracts total $469.8 million and originally did not include the option for SpaceX to reuse its Falcon 9 rockets.

As the name suggests, GPS III spacecraft are replacements of the 31 GPS satellites currently operating in orbit.

The Space and Missiles Systems Center last year modified the contracts for SpaceX’s next two GPS III satellite launches to allow reuse, a move that the military estimated will save about $64 million.

Notably, Space Force required that SpaceX use the same booster to launch SV05 that launched the SV04 satellite. But Dr. Lauderdale said Space and Missiles Systems Center has “no other constraints” for how the company uses the Falcon 9 booster in the future, and highlighted that Space Force is also open to flying national security payloads that launched on boosters from non-military missions.

“We continue to work with [SpaceX] and, looking ahead to the SV06 mission next year … we’ll be working with them as to what boosters are available,” said Dr. Lauderdale. “We are certainly open to using other boosters not just ones that have flown [for Space Force].”

The move marks another step forward in the U.S. military embracing SpaceX’s practice of reusing rockets, as the government previously required the company to use new rockets and discard the boosters in the ocean – the traditional practice in the launch industry.

Dr. Lauderdale said the Space and Missiles Systems Center has been working on allowing reusable rocket launches for the past five years, setting up new requirements. He noted that the center reviewed over 440 changes to the booster and completed more than 380 verification steps before the launch.

“Taken as a whole, our disciplined approach is part of an uncompromising dedication to mission success executed one launch at a time,” Dr. Lauderdale said.

Thursday’s launch will be the third of the Space Force’s National Security Space Launch program’s missions to land the rocket, as well.

Avoid Rivian Stock Before and After Earnings
The U.S. Senate Just Freed Energy Storage Stocks to Soar 75X
7 Undervalued Income Stocks to Buy for Safety
7 Stocks to Buy and Hold Forever
Can You Place a Stop-Loss Order on a Mutual Fund?